One of Redding’s very own was recognized on a national level today.

Zoey Hu with Pathway to Hope for Children was named the first-ever Camp Counselor of the Year. 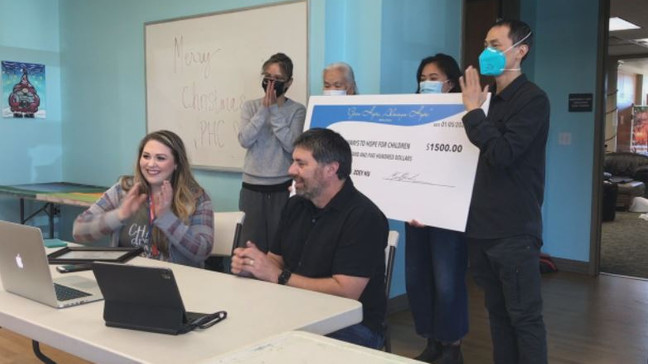 This was a total surprise for Hu, she says she found out about it during their camp’s Facebook live event Friday afternoon.

Hu’s family was in on the surprise and helped by handing her a $1,500 check in her name that will send a child to camp this summer.

We are just so, so proud of you,” said Zoey’s mom. “I can’t get over it.
Hu says she never saw this coming.

It feels amazing. I’m also quite surprised,” said Hu. I feel like out of the entire country it’s amazing that I was nominated and I received an award for being the best counselor of the year because I feel like, I just feel like a regular person and a regular camp counselor. Zoey has clocked in over 200 hours of volunteering between Camp Hope and the Anderson Teen Center. From everyone at KRCR, congrats Zoey!